Electric bikes are becoming increasingly popular, and it’s not hard to see why. They offer a convenient and eco-friendly way to get around, and they’re perfect for short trips or commuting. Electric bikes can be a lot of fun to ride.

The battery of Electric bikes

Electric bikes are powered by a battery, which is usually located in the frame. Most electric bikes have a throttle that allows you to control the amount of power you use, and some also have pedals that can assist with propulsion. When the battery is fully charged, an electric bike can typically travel for 20-40 miles before needing to be recharged.

Things to consider before buying an electric bike

There are a few things to consider when choosing an electric bike, such as the battery range and the top speed.

One of the biggest benefits of electric bikes is that they’re much easier to pedal than traditional bicycles, making them ideal for riders who want a workout but don’t want to break a sweat.

Electric bikes are also very quiet, so you won’t disturb your neighbors when you’re riding early in the morning or late at night. And because they don’t produce emissions, electric bikes are better for the environment than gas-powered vehicles.

Whether you’re looking for a new way to commute or you just want to have some fun on the weekends, an electric bike could be perfect for you. With so many benefits, it’s no wonder that these high-tech bicycles are becoming more popular every day.

Whether you’re looking for an easy way to get around town or want to do your part for the planet, an electric bike may be the perfect solution.

How do I charge my electric bike’s battery?

Most electric bikes can be charged by plugging the charger into a standard outlet.

Some bikes also have the option of removing the battery and charging it separately from the bike.

Do electric bikes require a license or registration?

This varies by country and state, so it’s important to check the laws in your area. In many places, electric bikes are treated the same as traditional bicycles and do not require a license or registration.

The price of an electric bike can vary greatly depending on the model and features.

Conclusion Electric bikes offer a convenient and eco-friendly way to get around, with the bonus of making it easier for riders to navigate hilly terrain or commute long distances. These high-tech bicycles can also be outfitted with various features for added comfort and convenience. While the cost of ebike can vary, they are a good option for those looking to reduce their carbon footprint and make their daily commute easier. It’s no wonder that electric bikes are becoming more popular every day. 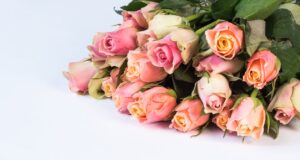